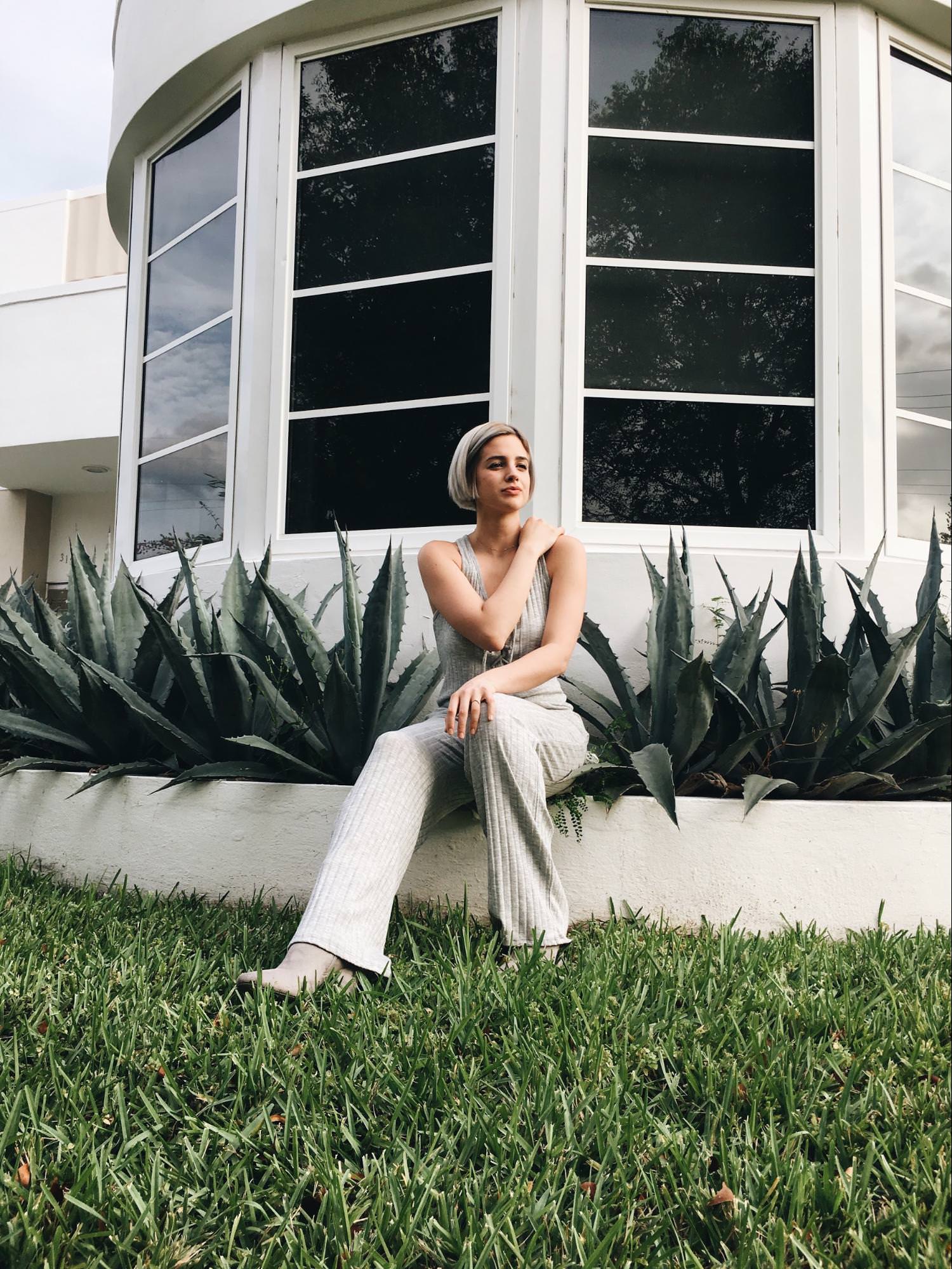 The Royal family has to follow a whole set of rules. These range from traditional ones like having to have myrtle in one’s wedding bouquet and travelling in separate planes to quirky ones such as not being allowed to play monopoly. While some of the rules make complete sense, like carrying a black outfit in case of a sudden death, others are borderline silly. Still, the Royal family abides by them with almost no exceptions. Needless to say, there is an entire set of style and fashion rules the members of the Royal family must respect, but today we won’t be focusing so much on the ‘boys’ as much as on the ‘girls’ of the royal families. Perhaps you’ll actually like some of them so much that you’ll begin to emulate their style. We may not be royals, but there’s no rule prohibiting us from at least trying to dress like them. 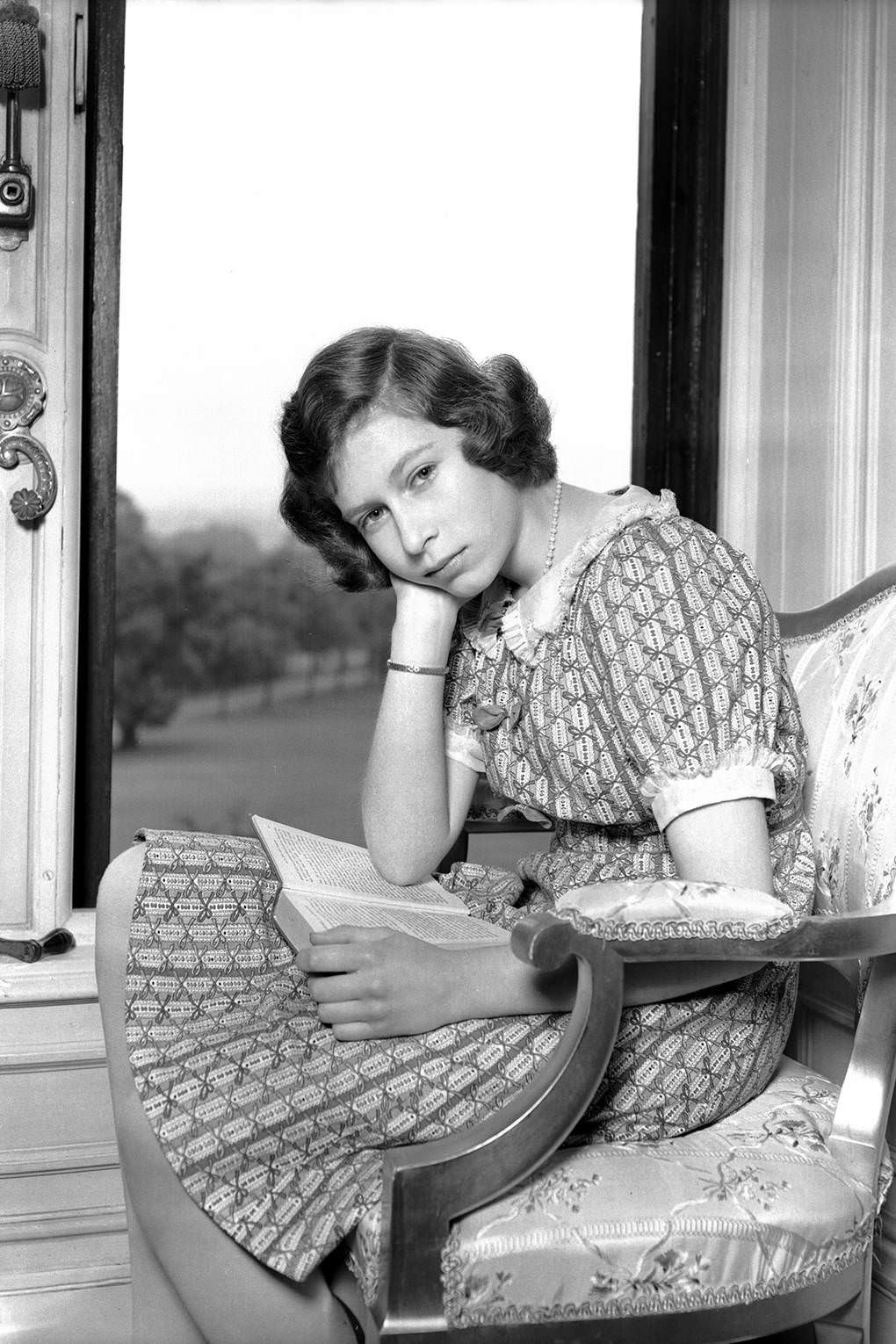 You may have noticed, if you have been keeping up with the Royals, that Queen Elisabeth is always dressed in very bright, sometimes neon colors. As you can see from the style file, this wasn’t always the case, however, in the recent decade or two, the Queen is always spotted at formal events in highly conspicuous colors. The reason? The Queen always has to be spotted in large crowds, and conspicuous colors make that possible. Whether this is a self-imposed rule, or something suggested by the Royal security, we don’t know. One thing is certain, you will always be able to spot the queen.

No diamonds on daily basis

The Royal family’s diamond collection is so massive we probably don’t even know how many diamonds they possess. Still, reportedly, diamonds are to be worn on special occasions only, while “before 6pm, you’ll see metallics, gemstones, pearls and sapphires”. Diamonds are special, so this rule makes sense.

Not looking for a husband 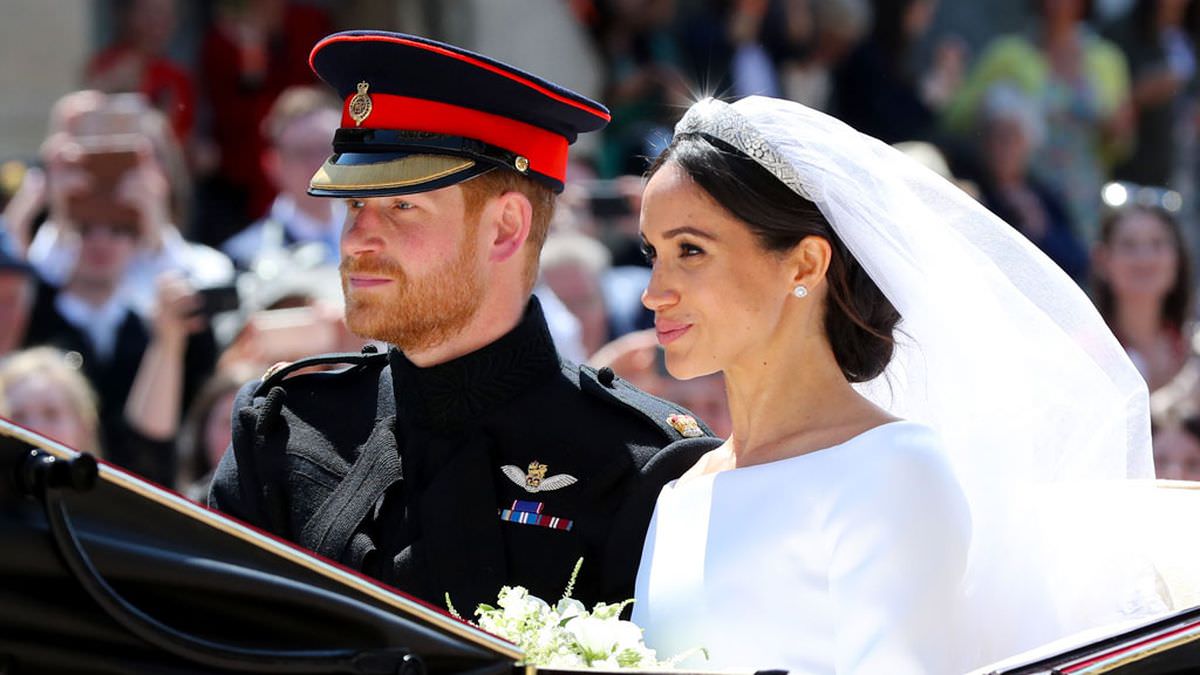 For us mere mortals, a tiara is something we will probably never even touch in this lifetime. However, we’re not the only ones. Even after she was engaged to Prince Harry, Meghan Markle wasn’t allowed to wear one as she was still not married to him. The first time a royal is granted a tiara is on her wedding day. This symbolizes “the crowning of love and the loss of innocence to marriage”. After one is married, she is allowed to wear them to important occasions, as we have seen the Duchess of Cambridge do on several occasions, and now the Duchess of Sussex is granted the right to wear one as well.

Another odd style rule: no woman in the Royal family is allowed to wear dark nail polish. You’ll probably start digging through photos, but we’ve already done that and rest assured, clear polish or no polish at all is what we have spotted so far. Unless Markle breaks another rule, this one will remain intact.

Not a fan of trousers 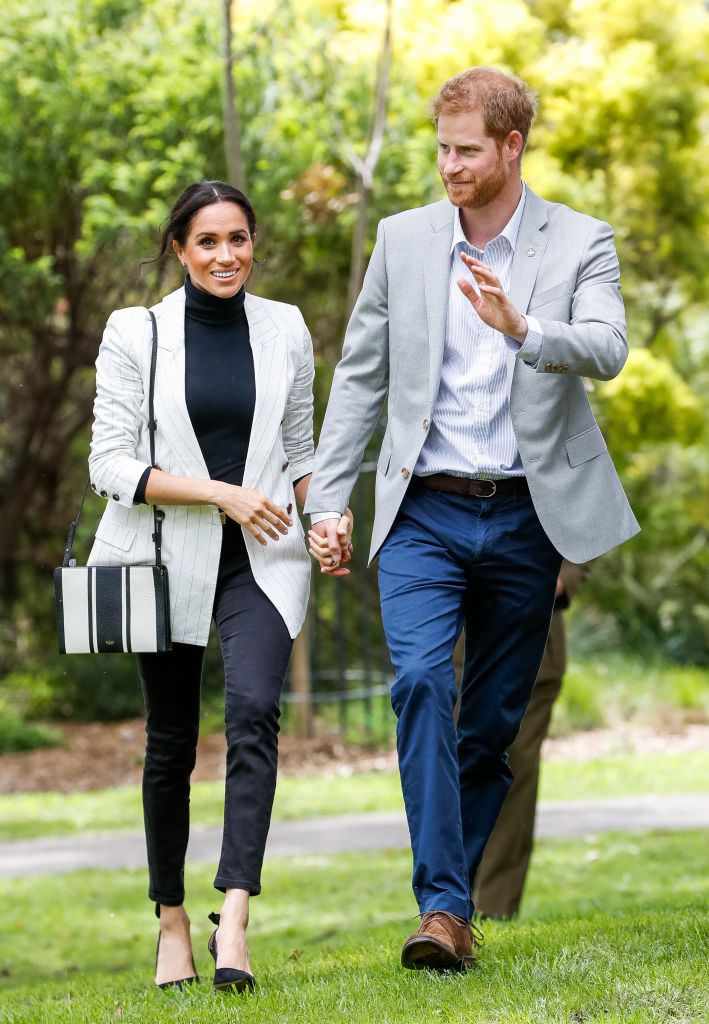 Even though the Queen herself frowns upon pantsuits and pants in general and always wears skirt suits, she has been kind enough not to make this an official rule for everyone else. Now, the newly pregnant Duchess of Sussex has been spotted wearing a variety of gorgeous or Royal-appropriate dresses, she has also been seen rocking outfits that any stylish mom-to-be could easily rock. Case in point – the outfit she wore for the 2nd day of the Royal Tour in Dubbo. You will notice that she is wearing black skinny jeans, a white shirt and an oversized blazer; royals – just like the rest of us. Take note future moms. Markle is known for breaking Royal rules and wearing jeans might just be one of them.  But, this look is so gorgeous we suggest you start browsing for stylish maternity jeans and great blazers immediately, if not sooner.

We’re not certain whether a Royal bride-to-be has the right to choose her own wedding designer, but we do know that the dress has to be approved by the Queen long before the wedding. We don’t exactly know what happens if the Queen vetoes a dress. Perhaps a change of designer takes place, or better yet, two different ones make separate dresses and wait for the approval. What we are certain of is that no wedding dress sees the light of day unless her Majesty says so.

Knee length is the minimum 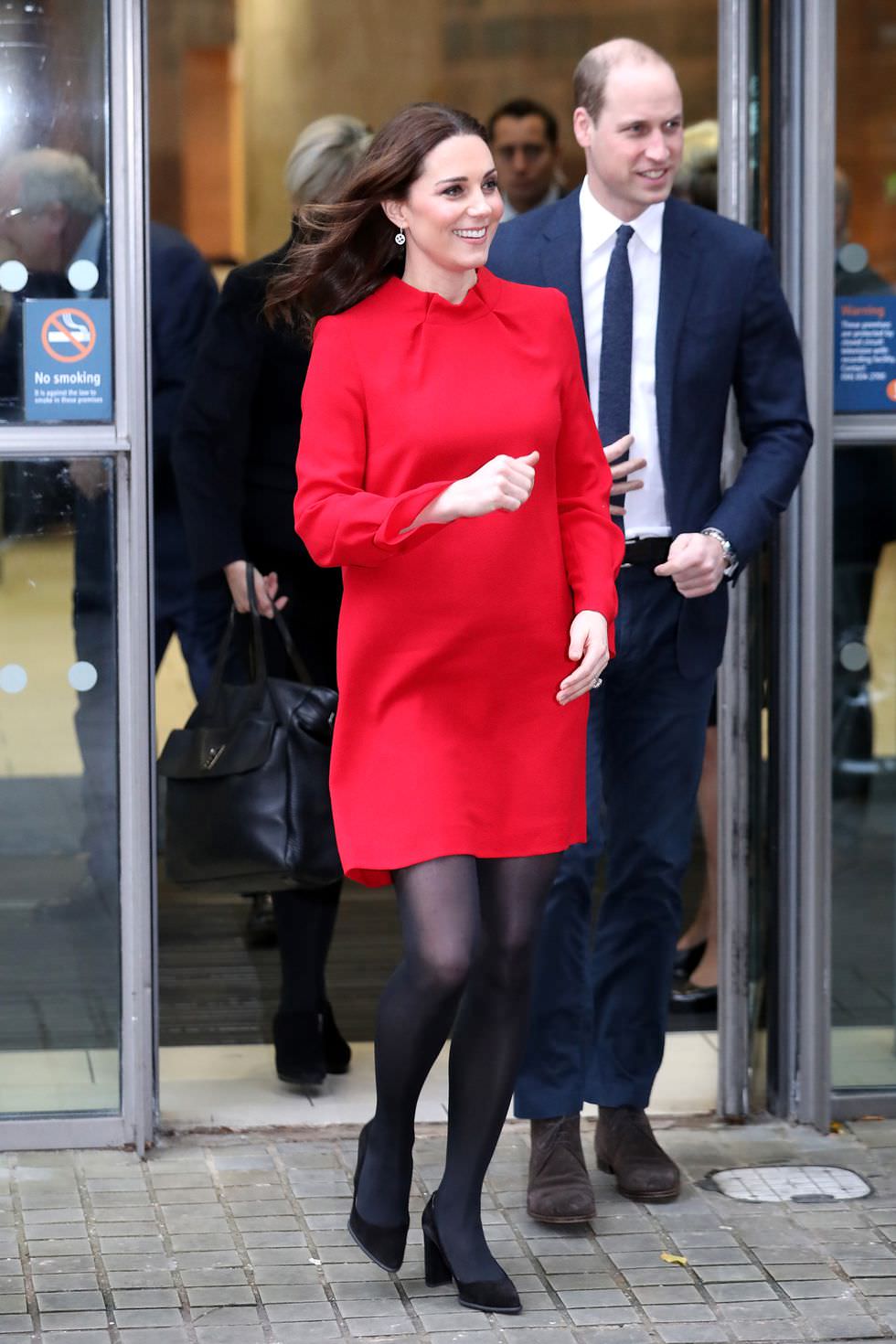 This isn’t an official rule, although all members of the Royal family respect it. It is a duty of the women of the Royal family to always look proper, and that extends to the length and sleeves of the skirts and dresses they wear. Kate Middleton is known for her incredible and posh style, and as you may have noticed, she seldom wears anything above the knee, and even when she does, she makes up for the length with the appropriate neckline and cut. The Royal ladies are also expected to not wear sheer fabrics. Therefore, the stunning sheer embroidered gown Markle wore for her engagement photos might be the last sheer dress she’ll ever get to wear. Namely, even this one ‘ruffled some feathers’, so we won’t be seeing one like this any time soon.

Finally, there is the secret weapon – the clutch, which is carried in order to avoid shaking hands with people. The clutch had another use. Namely, the late Princess Dianna used it to cover up her cleavage while exiting vehicles – a very smart use. Pantyhose are not a rule, but wearing them is highly encouraged, and as seen on all the photos, both Meghan and Kate seem to follow this unwritten rule.

No wonder Markle had so much to learn. Aside from the history and religion, one could write an entire book on the dress code alone, but we’ll leave you with these highlights. Hopefully, you’ll find some of the looks of the younger Royals so inspiring you’ll copy them immediately.

Claire Hastings is a wanderer and a writer. She writes as long as she can remember, and she is very passionate about fashion, running, other cultures, and her cat.

This site uses Akismet to reduce spam. Learn how your comment data is processed.

The Lip Bar – Get The Glow